Show me the precise moment;

when your unfamiliar sky is at its exact height to which you can now call it sky.

As the unrest in the clouds 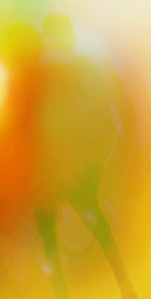 The bizarre kettle-shaped spaceship, suddenly turns off its powerful engine of raging bubbles. Now, both young boys listen intensly, to the slow, muted, thud of footsteps… from the creepy bottom step… to the agonisingly close and creaky top step of the stairs.

But it’s soon after those footsteps stop, after the deathly silence they create, when something that sounds as light as a balloon, and travelling in the unnatural breeze of the night; bumps innocently light, then mysteriously heavier (again and again) onto the exposed floorboards of the landing.

Luke (the younger ) suddenly remembers that in the most recent past, he had found ‘the landing’ very confusing, because nothing that he was aware of… until now, had ever landed there.

I don’t mean to be boring

Or feel need to be liked

I don’t want to seem pretentious

Or told that was well typed

I don’t try to be fo sunny

Or morose for the sake of you!

I don’t write because i love weather

I write to keep my shit together!