For my one hundreth post I thought I’d share my apocalyptic short story with you. I’ve enjoyed many stories/films about a decaying, semi-destroyed planet; when survival takes people to surprising places, and hope is all we really live for. I hope you enjoy reading mine, I shall follow it up with part two for you very soon. 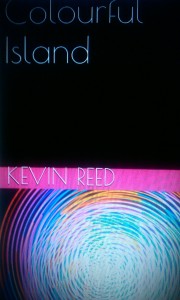 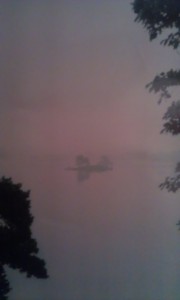 In the Midland Territory, amongst the choking white dust, is a blemish on an otherwise invisible horizon.

Sitting alone on the ground, cross legged, elbows on knees, his hands are clenched into adjoining fists that have forged themselves to his chiselled jaw. His heart thumps to remind him he is alive, he can almost hear it throb while he sits. His clothes were once high-street fashion; they’re now dusty rags with mystifying labels. Balancing precariously upon his sharp nose; thickly rimmed glasses, they loosely connect him to his past with unbridled loyalty; the past that is forgotten, deleted. His fingerprint smeared lenses magnify his two weary windows of perception of what remains.

Ahead of him is something moving, a dark form that seems to bleed over the oppressive grey backdrop. On first observations what lies ahead appears indefinite, levitating. Blinking rapidly his eyelids caress the little moisture he has around his eyes; creating a strobe effect of what is now a human shaped blur. As he observes, The Blur seems to enlarge, as if an aggressive and multiplying cell.  The man with glasses battles hard with his concentration and rubs his eyes as if he was awoken, ‘stay conscious!’ he pleads. For a moment he closes his eyes, his face wrinkles belying his real age; showing evidence of his chronic dehydration. His head slumps forward invitingly as gravity succeeds in its pull.

Suddenly, he hears a voice, the voice blares at him to get up!

The two words rattle within his head, looking for somewhere to settle and be registered. He shakes his head as if any information could fall out of his ears as easily as the dust that chokes him.

The Blur repeats itself, “Get, up!”

The man with glasses responds by jerking his leaden head skyward; like a baby in search of its mother. His eyes scan for some identification.

“Search for The Colourful Island, get up off the dust and walk!” The Blur then strains for breath like an elderly asthmatic.

The Man with Glasses hadn’t prepared himself for any conversation of any kind. Clearing his throat he croaks, “I don’t understand what you’re talking about. Walk on stranger! I don’t need you and your–“

“It’s the way out of here you miserable fool! The…way…Out! Do you hear me? The colourful island, that floats off the coast!” The Blur spitting words out as if any explanation was futile.

The man hears uneven footsteps, noticeably distancing from him; eerily without echo. Then a powerfully foul scent causes him to flare his nostrils, he winces in disgust as the stench hits the back of his throat; the smell of death. The heavy stench loiters like a flock of starving vultures that stare upon him; these vultures take flight and follow the blur, somewhere, to the island perhaps. Consequently, the Man with Glasses pushes the ground with his hands, gathering the strength to stand. At first he shakes like a shambolic crane. ‘The blur,’ he thought, ‘the island,’ it makes no sense. He is then up on his feet. He steadies himself and mumbles, “If only I didn’t feel so wasted.”

With so many questions unanswered, he feels branded, part owned by this new mythical island. The man with glasses knows he can’t afford to be cynical, he cannot allow that; the Island, a cruel mirage to others maybe, but hope floats! If the blur chooses to float…then so can he.

Previously, The Whiteout came like a wave upon wave of delayed lightening, an effective and devastating wipe of a vibrant world. No computers operate, no libraries exist; the ruins that remain stand amongst rubble are deformed man-made rocks. Important text scatters itself amongst the dust; therefore, it has become the very dust that completes the overlapping and shifting dunes of anagrammed deserts. A vast and deserted stage is set under a cheap lamp sun, with cities of remaining residents who wander aimlessly in their destruction site milieu.

Suddenly, somewhere there’s a rip on the skyline; it hovers, flickering like a vibrant, attention seeking neon sign. It is surrounded by a 360 degree horizon and forever served above a constant and lethargic grey tide. Therefore, human-likes are gathering around the coastline, some like scavenging pack animals, some resemble lonely and independent aliens, others cower in shrivelling miniature armies having lost their war; trying to press pause on their ever-decreasing circles of friendship.

Meanwhile, after his blur encounter, the man with glasses yearns for the coast. He visualises nothing else other than seeing the sea, and more importantly, his island.

He follows the Blur’s footprints; formed in a dry, off-white snow, they seem new and have a purposeful print as if there they’re purpose is to arrow a direction. He hopes he doesn’t find a body at their end. He walks in the new-light and rests in the no-light. The air that once burned has since cooled, though it leaves it stuffy and opaque. Any scattered materials he discovers help camouflage his reducing mass of a body. His rations consist of crocus veg, the water he collects for drinking are from the spare boots he has hung around his neck by their laces.  One desperate humanlike would kill for a pair of good shoes. The cabbage-like crocus veg only grows in the Midland Territory; this is unexplainable.

Crocus veg has little nutritional benefit. As for the Animals, they soon died. ‘The Whiteout’ seemed to blot out their natural instincts. The man with glasses meets nothing on his journey until the smell of sea-salt. He can taste its bitterness on his cracked, weathered lips as it kisses him as a once beautiful but evil woman did.